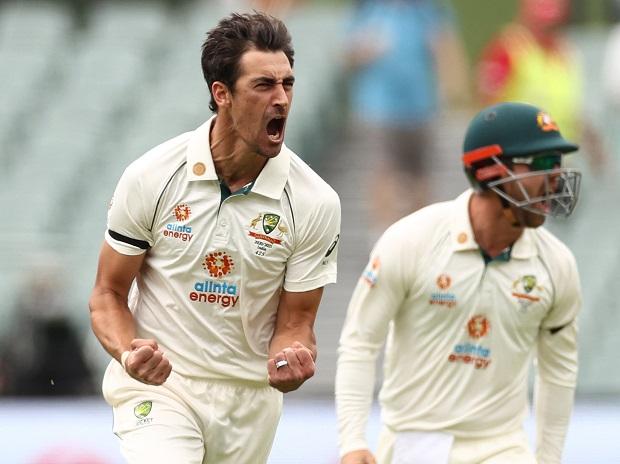 Mitchell Starc after taking the wicket of Prithvi Shaw in 1st over of the match. Photo: @ICC

In the first Test of the four-match series, Indian cricket team captain Virat Kohli won the toss and elected to bat first against hosts Australia at the Adelaide Oval today. This is Virat Kohli and company’s first pink ball Test overseas and that too against the most experienced side in day-night Tests. Australia has played and won 7 matches under lights, four of them at the Adelaide Oval. India, on the other hand, played its first and only win late last year against Bangladesh at the Eden Gardens.

India has announced its playing 11 on the eve of the match. Prithvi Shaw will partner Mayank Agarwal as an opener while R Ashwin is the lone spinner. Cameron Green set to make his Test debut today while Mathew Wade will open for the hosts.

The four-match series between India and Australia is also known as Border-Gavaskar Trophy, currently held by India. The India vs Australia Test series is also a part of ICC World Test Championship (WTC), the final of which will be played in June 2021 at the Lord’s cricket ground in London. The top two teams on ICC WTC points table will qualify for the finals.


India need to win this series to keep its hopes alive for the big final at Lord’s.

The IND vs AUS 1st Test will be telecast live on Sony Sports Network’s three channels. Sony TEN 1 HD/SD and Sony SIX HD/HD will live broadcast the matches with English commentary, while Sony TEN 3 HD/SD will do so with Hindi commentary. The Live streaming of Australia vs India match will be available on Sony LIV app and website.